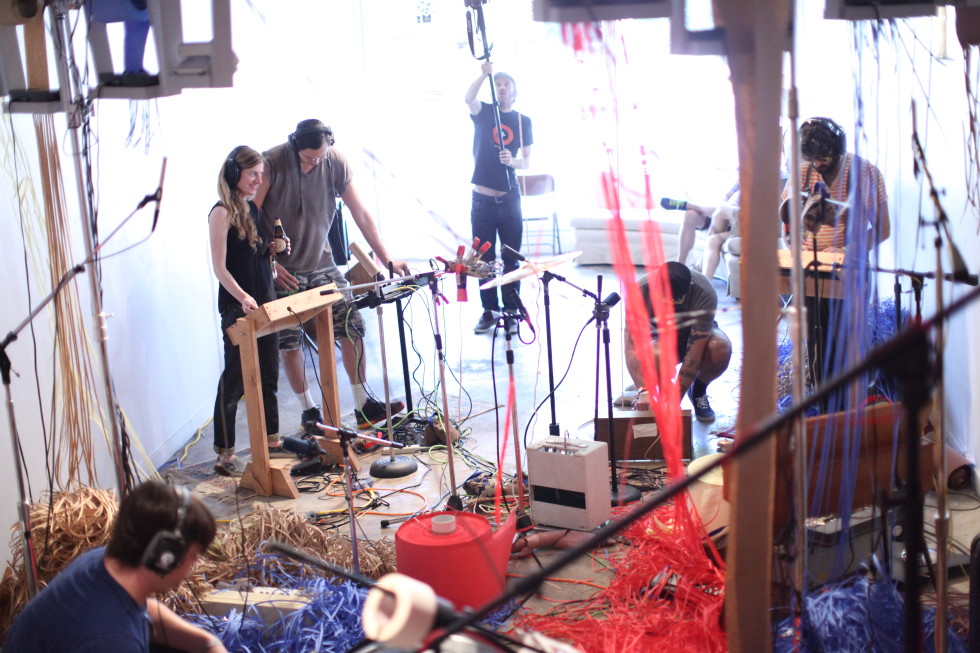 The Shredder Sessions is a project that artist David Colagiovanni presented at LUMP with support from SiteWorkNC and Hopscotch Music Festival. During the annual Hopscotch Music Festival in Raleigh, NC he had musicians from the Hopscotch Festival line-up participate in improvisational recordings session on an orchestral kinetic sound sculpture. Audio/video recording was done on site by Thread Audio and photos were taken by Soleil Konkel. An art review by Kellie Bornhoft in Burnaway is available at: The Sound of Shredders: David Colagiovanni in Raleigh 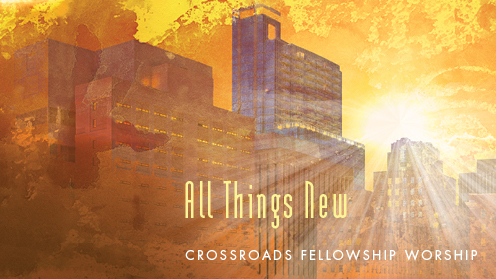 We had the honor to master the 11-song CD by Raleigh’s own Crossroads Fellowship Worship. The CD features over 10 of Crossroads’ musicians with a collection of original, yet familiar, worship songs.

“It is our desire to see people connect to God through music, and we hope that this project will help all of us do that. May our experiences with God continue to shape us so that together we can impact and change the world around us.” – Crossroads Fellowship

The CD is available for purchase at Crossroads for $10.

thread audio is a proud sponsor of musicSPARK and SPARKcon 2014. To support our local music community, one lucky local band will receive a 5-Hour Recording Session. 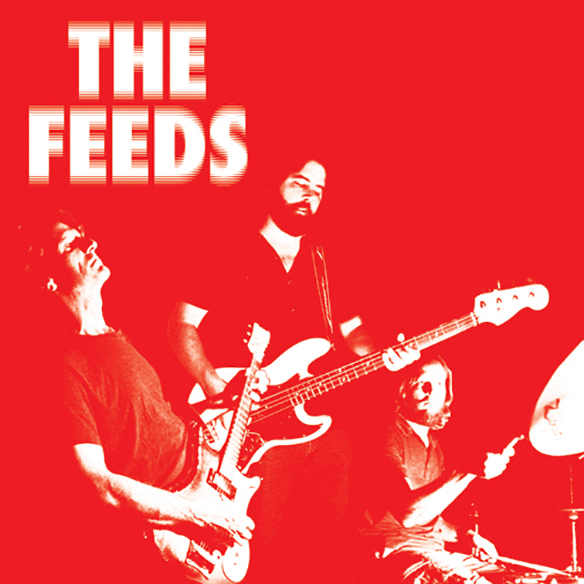 Let’s hear it for catchy love songs kicked in the butt by loud amps. Enter: The Feeds.

The Feeds have recorded some killer tracks at thread and are playing live shows to support their new music. Their 5 song EP “GET THE FEEDS” includes the songs:

Breathe Valentine
Maybelline
Elvis
For a Little While
Stepping Out

“The Feeds are a North Carolina trio delivering terrific melodies and chunky riffs that tip their collective hat to the full lineage of power-pop, from the Raspberries to Cheap Trick to Bob Mould’s Sugar.

Marley and Clayton previously played in Lustre, which was fortunate enough to release a woefully underappreciated album on A&M Records (well, at least Playboy magazine got it…) before succumbing to the great music industry implosion at the end of the last century. For The Feeds, the duo has hooked up with bassist Walz, and pick up directly where Lustre left off, dialing back the distortion a tad but still piling on the hum-inducing hooks and muscular Marshall tones that made them such a winner in the first place.”  — Kathleen Johnson

thread is pleased to announce the completion of Matty Begs’ latest EP “Come Along”, recorded, mixed and mastered by David McConnell. It features the title track Come Along, as well as the songs The Bones Are There, Superstar, and Heartbreaker. The band played to a packed house at Pup’s in Wilson, NC Saturday May 17th for their record release party.

This is the band’s second EP produced in our studio.

To listen to all 8 songs recorded at Thread Audio, go to:
www.reverbnation.com/mattybegs/songs

To check out where to purchase their CD, as well as upcoming shows go to www.mattybegs.com

On December 3, 2013 the New York Times published an article on the front page of the Arts section titled “Surprising New Face in Arab Music”. The article had a large image of a young American woman smiling and below the article started off like this- “The Arab world has an unlikely new star: an American who sings — but barely speaks — Arabic. Not only that, her genre is traditional Arab music.”

Just a few months earlier that same young woman was recording her first studio single with us here at Thread. Her name is Jenni Grout and little did we know that she would soon fly half way across the world to become one of the biggest stars in Arab music. The cool thing is that she did it by playing authentic Arab music without the influence of western pop music production. That fact was also very ironic because the stage on which she became famous was filled with native Arabic musicians who were emulating western pop music.

Jenni Grout who is classically trained found her true voice in Arabic music after travelling through Europe and Northern Africa. She returned to America with her oud (an Arabic version of the Lute) and completed two tracks with David McConnell before she flew to Beirut to perform on “Arab’s Got Talent” (the biggest “American Idol” type show in all of the Arabic speaking world). Not only did she make it to the first round but Jenni also went on to win the second and third rounds before finishing as a finalist in grand fashion in that shows season finale.

Critics were hard on her at first because she doesn’t speak Arabic (only sings it) but soon everyone was won over by her passion and beautiful voice. Soon they were referring to her as the best ambassador America could have sent. 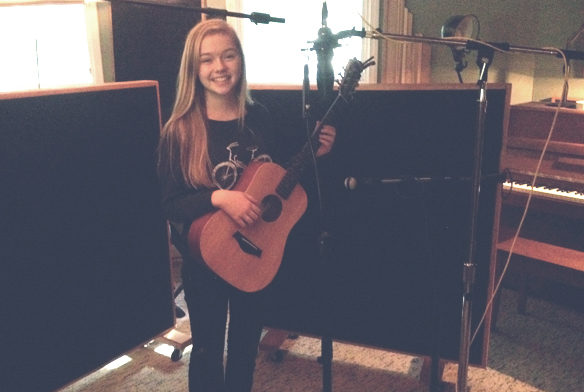 thread is pleased to announce the completion of a true musical masterpiece by Autoharp innovator Doug Pratt. Doug was awarded the Mountain Laurel Autoharp Gathering Endowment for 2011 that generously provides a yearly grant for the recording of Autoharp music. We are honored that he chose to work with us on the recording, mixing and mastering of this fine album that is titled “You Can’t Play That On The Autoharp”. Look for it later this summer!

DAR HE: The Lynching of Emmett Till will premiere at the prestigious 20th PAN AFRICAN FILM FESTIVAL in Los Angeles, Fri, Feb 17 @ 2:00pm & Sat, Feb 18 @ 2:30pm at the new all digital RAVE Cinemas 15 Baldwin Hills Crenshaw Plaza. With annual attendance in excess of 40,000 people, PAFF is the largest and most prestigious international Black film festival in the United States.

Dar He will have its European Premiere at the 2012 Black International Cinema Berlin.

thread had the opportunity to work with the crew and cast of Dar He: The Lynching of Emmett Till while providing original music scoring, sound design and overdub recording for the feature film.

In an acting tour de force, one man performs 36 roles in the telling of the Emmett Till tragedy. Experience the story, trial, and unbelievable confessions of those accused of Emmett’s murder in this riveting drama.
“A masterful performance by Mike Wiley.”
– 20th Pan African Film Festival

Mike’s “uncanny ability to transform himself allows us to experience this piece of history in all its horror.”
–Deirdre Haj, Exec Dir of the Full Frame Documentary Film Festival